Dr. Ahmed Al-Jibouri: Iraqis In Search of a State 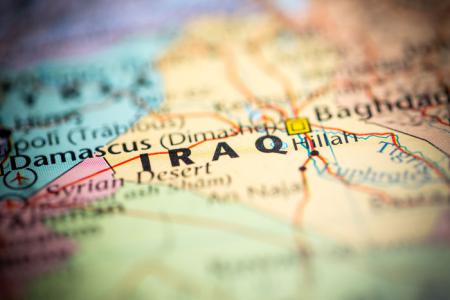 In the past Forty years, since 1980 to this day, the Iraqi state found itself bombarded with one catastrophe after the other, one war causing the birth of the next. Hence forming the indentity of the Iraq we see today, that hovers with division and unclarity, making it incapable of creating a healthy environment that fosters sustainable economic development.

The country had transitioned from a fully centralized system that dominated all of Iraq’s sectors, into a highly sectarian structure that in turn haltered the country’s development even more. Sect formations hindered any progress due to the focus on individual gains; dividing the nation’s resources, jobs, opportunities based on racial and ethnic backgrounds, all under a façade of democracy and elections.

Moreover, due to the massive 60% drop in oil prices the past 6 years, Iraq lost half of its financial revenue in a few months, which highly impacted its budget since the main source of income comes from oil. This exacerbated the country’s economic and financial crisis even more.

The Iraqi economy has reached a recession stage, the Central Bank of Iraq expects a contraction of 7.9% in 2020, inflation and unemployment increased by 40%. As for poverty rates, 20% of Iraqis are living below the poverty line. The political and social situation has not been doing any better, with an increase in suicide rates, kidnappings, secret assassinations, all due to severe corruption.

Moreover, the government was unable to pay its employees, retirees, or even give out welfare support for the past 3 months. All while minor Iraqi groups are getting paid several salaries by the same government, under strange justifications which cost the government more than 18 million dollars yearly.

All this corruption, next to the challenging daily life, economic and political chaos infused dismay and dissatisfaction amongst the Iraqi youth, pushing them to head out to the streets in October of 2019, to protest and revolt against tyranny, corruption, sectarian quotas and the confusion that had haunted the country for the past 20 years.  And in October 2020, the following year, they went back to the streets to commemorate their first protest and to emphasize the importance of all their demands.

It is wise to look back on the past only to learn from it, in order to create a brighter more promising future. The sectarian structure lead by Iraqi politicians had robbed 17 years of potential progress and development from the young. They stood resistant to change, holding on to old ways rather than focusing on creating a modern Iraq.

There is still hope for the future if the leadership learns from the past and focuses on re-developing the country under a well-structured institutional system. The aim is to unite the country and its people and create a sustainable and safe environment for development and growth.