Dr. Ahmed Al-Jibouri: Let’s get back to the negotiations table 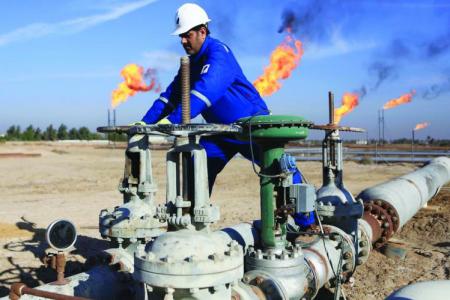 Let’s get back to the negotiations table, rather than shoot ourselves in the foot!

Where there is potential there should be a will to create the ideal agreements that hold the national interest at heart. Iraqi leadership need to go back to the negotiations table and establish win-win petroleum contracting and licensing agreements.

As 2020 pandemic caused an international and Iraqi economic crisis, local oil production will not exceed 164 billion dollars which means the general debt will increase by 100%. Plus, the massive drop in oil prices caused 6250 projects across various industries to be stopped or placed on hold.

Furthermore, it is important to realize how foreign crude oil production companies make 1 billion USD monthly, which they receive as oil and resell through SOMO, to then areceive in cash. The problem is that with the drop of oil exports, petroleum licensing and contracting company fees increased to a point where 30% of oil exports are going to them, while the cost of extracting oil as stated in their contracts is the lowest in the region at USD 9.5 a barrel.

Iraq had already signed 18 contracts during the licensing rounds, which cannot be annulled as they are legal and protected by articles 111 & 112 of the constitution and the public companies law no. 20 of 1997. Furthermore, local extraction companies, North Oil, Busra Oil, Messan Oil, Dhi Qar Oil, and Midland Oil are responsible for the execution of the service contracts.

Between 2010 and 2018, the gross revenue made by foreign oil companies was about $ 571.4 billion, of which only USD 7 billion was their net profit. The remaining amounts were spent on wages, operation costs and assets, such as facilities, wells, power stations …etc. which are registered to the Ministry of Oil. After calculating all costs, expenses and income tax charges the government is making a 98.77% revenue of the total production, while the remaining 1.23% goes to licensing companies.

Furthermore, Iraqis must not overlook the benefits licensing agreements bring to the table, such as the development of oil production technologies and systems, the provision of 16,766 jobs to Iraqis and training of cadre, sending 227 employees to study abroad for their bachelor and master’s degrees, increasing exports, and much more.

Iraq is the second largest oil producer in the region and so it is important to wisely focus on this national gold mine and revisit licensing agree agreements so as to create a fair opportunity to both sides and ensure the country’s best interest and benefit.

These numbers show us that the solution is not to cancel an already beneficial revenue channel. Decision makers need to focus on making the best out of the country’s richest resources, rebuild local and international trust and make the necessary adjustments that will guarantee the interest of the country.