Virus in a Barrel.. About the Pandemic & Oil Prices 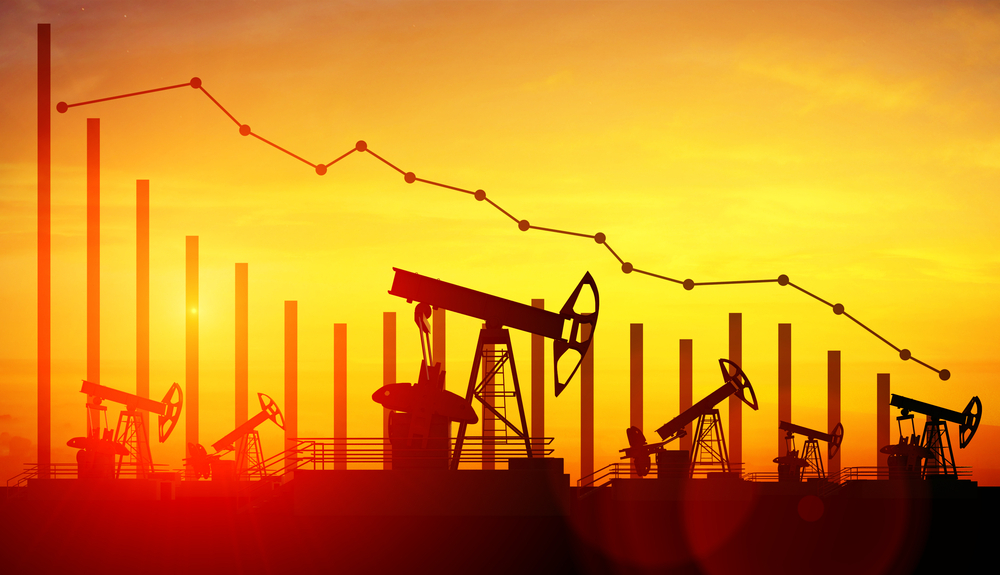 How did it come to this? A virus that is smaller than a dust has humbled and humiliated the world’s most powerful nations and their economy. The aftermath of this vicious microorganism that began in China has now covered the world with grim of uncertainty as one of the most influential industry in the world, the oil and gas industry is experiencing its third collapse in 12 years.

International demand on the black liquid has seen a shocking drop when the pandemic has started. On March, 2020 crude oil prices have suffered a loss of almost one-third of its value, which is considered to be the largest collapse in daily prices since 1991 Gulf war. In the light of the current economic state, investors are feeling an unusual degree of insecurity, as no one yet knows the full impact of the pandemic.

The outbreak of the coronavirus disaster is somewhat distressing the broad range of global energy markets compromising all types of fossil fuel like renewable, gas and coal, nonetheless its effect on crude oil markets is mainly harsh due to the shutdown of all economic sectors and the precautionary measures takes worldwide to combat the outbreak. After 2022, it is expected that the US and the other non-OPEC producers will not be able to sustain the growth, thus allowing OPEC producers to recapture market share.

Following the collapse in oil prices, the companies of the petroleum industry were affected, placing them in front of two questions: They either reduce the oil production or they stop producing completely! However, are there other factors that have contributed to this collapse besides the pandemic?

That is a question that must be answered…

A Price War & a Second Wave!

Due to the inability of Saudi Arabia to convince Russia to support production cuts that were agreed upon with the members of oil exporting countries in the OPEC organization, the war arose. Therefore, the pandemic was not the only reason for the drop in oil prices. In reality, the “price war” between the two largest oil producing countries (Saudi Arabia & Russia) was a major contributor to the collapse. Corresponding to sharp fluctuations in oil prices, the two countries (Saudi Arabia and Russia) were forced to retreat from their positions and collaborate on reducing oil supplies, which coincided with a number of factors.

Nonetheless, the Saudi-Russia agreement did not produce the expected results in terms of oil price. Besides, a slight increase has been seen in parallel with the decision to ease the precautionary measures taken to decrease the spread of the Coronavirus that started in March 2020. After all, from June to October, the price of a barrel reached $33.35 and then $40, and it continued to rise!

Yet in October, the deterioration of prices has started again due to the second wave that hit USA and Europe. This had led to start looking for the right solutions to stop the spread of the virus. Then at the start of November, the answer to stop the covid-19 was to start producing vaccines. The preliminary results of the vaccine were positive which helped to ease the closures worldwide and gradually open a few economical industries.

When the new easing measures were implemented, they helped to raise oil prices and the price per barrel reached $60. As a result, this could be a good sign that oil prices can keep up with the fluctuations of the Covid-19 pandemic. During the remaining months of 2021, this theory will be tested and confirmed.

Who is The Winner? Coronavirus or Oil?!

From the time when the production and distribution of the vaccine around the world began, the oil price curve started to indicate a gradual rise from the start of November 2020. While the oil price curve rose dramatically from February 2021 to mid-April 2021. Following that, the price per barrel reached $67.5 as a result of the dollar’s decline.

Based on the positive outcomes on the oil price curve, OPEC, in collaboration with the International Energy Agency and the US Energy Information Administration, has increased oil demand estimates for the remaining months of 2021. At the same time, they were being extremely cautious, as it is critical in the event of an oil supply shortage as demand for oil continues to rise.

The oil companies must respond by increasing their oil production in proportion to demand. Furthermore, developing plans is required for the OPEC organization to combat the sudden repercussions of this pandemic, which has begun to appear as a result of a series of Coronavirus mutations and their random spread across the world. Even though the continuous production of the vaccine is still going, the number of vaccinated people is still low in many different countries.

Another factor threatening virus control is the presence of doubts about the efficacy of vaccines developed by two companies, Johnson & Johnson and AstraZeneca. Many countries, including the European Union, have limited the use and demand for vaccines due to these concerns. This will lead to postponing the vaccination of the European residents until the end of the year. Also, if the rest of the world kept on following the footsteps of EU their vaccination will be postponed as well.

In spite of that, there are no studies proving that the delay in vaccination will be an impediment to combating the virus’s outbreak, especially after the lockdowns and firm measures that have been in place for a long time in the majority of the world. After all, this is a good indication that the oil price curve will continue to rise until the end of the year.